​Welcome to our website.  We are now in our fifth season of  the Cloquet Juniors Volleyball Club.  This club was created in the hopes of providing girls living in Cloquet with an opportunity to enhance their volleyball and life skills.  Cloquet Juniors Volleyball will also give players the chance to interact, grow, and learn with teammates they will be playing with for the next several years.
​ CJV revolves around the Cloquet High School Volleyball program, which has been quite successful itself.
Led by head coach Heidi Anderson, who currently has more than 200 wins over her career, the Lumberjacks have made nine appearances in the Section 7AA Final Four over the years. The program has recently produced 20-win seasons in 2013, 2014, 2015, and 2021, including Section 7AA final showings in 2013 and 2021. That consistency has developed Cloquet into one of the most well-respected programs in the Northland. 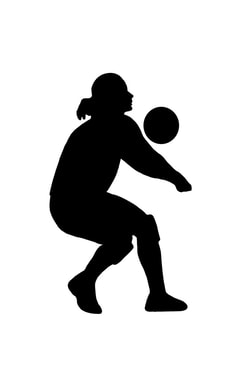